Howbeit the Lord would not destroy the house of David, because of the covenant that he had made with David, and as he promised to give a light to him and to his sons for ever.

Some situations get so bad that you wonder whether God would truly keep His Word. A typical example is the account of Jehoram the son of King Jehoshaphat, who suddenly meted out evil to his brothers.

Soon as he became king, he killed all his other brothers, in a bid to secure his position. In fact, he behaved just like the kings of Israel in the North, whom God had rejected, following in the actions of Ahab and co.

But because of that promise that God had made to king David… for the sake of His Word to perform, God would still not do away with this wicked king completely. God was bound by His Word. The power of His Word makes it impossible for He Himself to deviate from it. 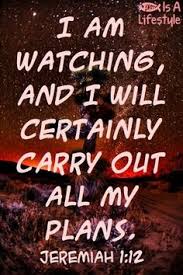 So don’t be worried by what you see or by present circumstances. He is bound to perform His Word and to ensure His Word is not void. Only believe and keep hope alive because in due season, you will see that light He promised.