So I came to Jerusalem, and was there three days.

[12] And I arose in the night, I and some few men with me; neither told I any man what my God had put in my heart to do at Jerusalem: neither was there any beast with me, save the beast that I rode upon.

Depending on the situation, sticking to a code of secrecy brings you a lot of progress and advancement of purpose.

I spoke to a friend in the US who has achieved a great deal for a young man of his age. In our discussions, he made it clear that he covered much grounds because he kept a simple rule of secrecy. “Until is flowers, you don’t expose it for others to nib it in the bud.” Hmmm… this was an interesting comment, especially coming from someone who didn’t inform his friends when he was about to migrate from his country.

Nehemiah kept a similar code of secrecy. “He told no man what God had laid on his heart,” while he conducted his reccé at night.
This strategy of keeping silence may not work for all situations, but surely makes sense to an extent. 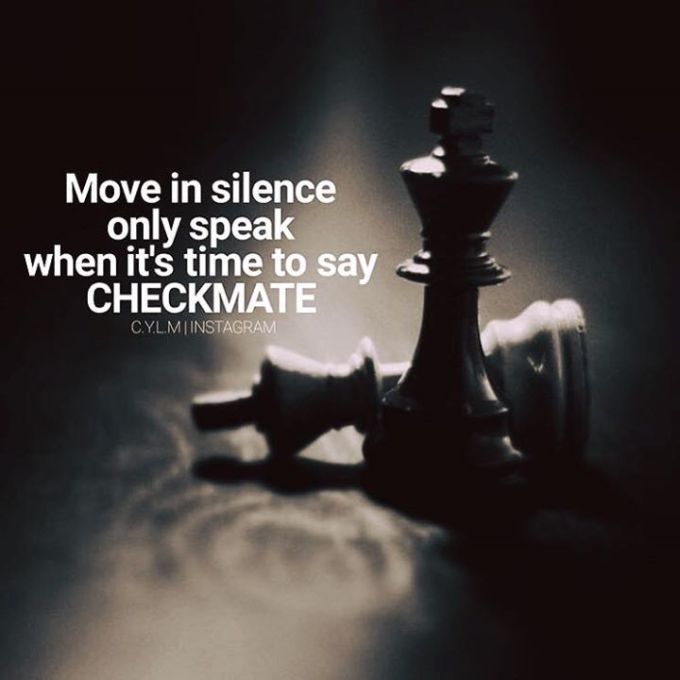 Maybe touting your every move with a trumpet won’t get you where you want to go. Sometimes it is good to subscribe to a code of silence so much grounds can be covered. I pray God gives you that foresight to know when to move stealthily and when to go loud.

And it came to pass, when I heard these words, that I sat down and wept, and mourned certain days, and fasted, and prayed before the God of heaven

The first song that came to mind when I started meditating on this verse was that old hymn; “Rescue the perishing,” I found out was written by Fanny Jane Crosby in 1869.

Being inspired by an encounter she had with an 18yr old boy while she did some work at the New York City Mission. The long and short of the story is that she was able to help the young man get back on track from a wasteful life, fulfilling a promise he had made to her deceased mother.

Nehemiah had a similar passion for the things of God. He wept for a city he had never been to or lived in. It is sad that believers of today lack the passion and drive to help save souls. We don’t care for the dying!

We are present in many social, religious, educational and even WhatsApp groups and know the kind of conversations that go on these groups. Clearly we see souls that perishing and those that are dying, but because we lack the passion for soul winning, we never say a prayer for them.
Rescue the perishing, care for the dying. Develop the passion. This is His desire.

And they made an end with all the men that had taken strange wives by the first day of the first month.

[18] And among the sons of the priests there were found that had taken strange wives: namely , of the sons of Jeshua the son of Jozadak, and his brethren; Maaseiah, and Eliezer, and Jarib, and Gedaliah.

When you see the teachers themselves contradict what they are supposed to be teaching a people and doing otherwise, then you know there is real trouble.

Coming out straight from bible school, a man was asked why he rather chose to adopt a “street” approach to solve a particular problem, instead of using biblical principles. His response was, “that was bible school, this is the real world.”

Ezra had a challenge, almost immediately the people returned from exile in Babylon, they started inter-marrying foreign tribes; one of the main causes of their downfall the first time. Probing further, he discovered that the priests were even more guilty than the rest of the people. 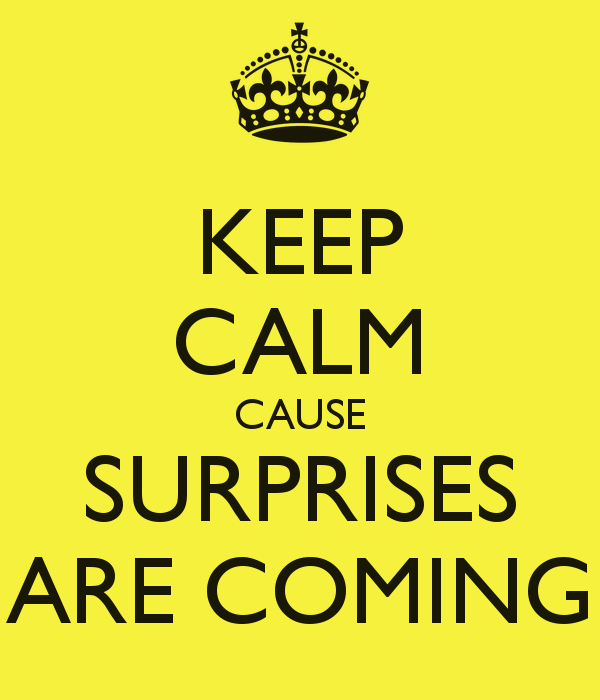 Troubling/disturbing news about our mentors, formators or pastors shouldn’t shatter our faith and send us into the gutters. Such surprises are bound to happen and Christ expects us to sail above them as well. Pray for the restoration of those who fall and lend a hand if you can.

In the first year of Cyrus the king the same Cyrus the king made a decree concerning the house of God at Jerusalem, Let the house be builded, the place where they offered sacrifices, and let the foundations thereof be strongly laid…

In that fight that supposedly ended Bukom Banku’s bragging rights as an undefeated boxer, Samir Bastie made a statement after his victory, which literally translates, “once we have come, we have come.”

It suggests that once the appointed time of anything is due, no act of man can actually prevent same from happening. To a large extent, the boxer’s comments are true. I have seen him in a few Glo commercials lately and I suspect he’s signed up as an ambassador for their brand. Who knows what’s next for him?

When the time was due for the temple to be rebuilt, after the Jews had returned home from exile, it took the King of Babylon himself, a pagan king for that matter, King Cyrus, to issue the decree. This doesn’t make sense in anyway… but the time was due!!

I believe everything has its time… and in God’s own time He makes things beautiful. If you are enduring now, I write this to strengthen you and your resolve to endure. The time will surely come and the source of the news will even keep you in awe.

Now when the adversaries of Judah and Benjamin heard that the children of the captivity builded the temple unto the Lord God of Israel;

[2] Then they came to Zerubbabel, and to the chief of the fathers, and said unto them, Let us build with you: for we seek your God, as ye do ; and we do sacrifice unto him since the days of Esar-haddon king of Assur, which brought us up hither.

When I asked my father what his biggest regret ever in life was, he spoke of a business partner he worked with for a good chunk of his life. And how much damage this this to his own life and career. He figured this out rather too late.

When the Jews returned from exile, a group of people offered to help them rebuild. Somehow the jewish leaders were able to decipher their true intents so did not accept their offer and for many years these same people who wanted to help, frustrated them and stalled progress.

According to scripture, the opposition sent letters to high political offices just to push their agenda.
When opposition is close or within you, or inconspicuous, it becomes very hard to deal with and may rob you of a lot of progress.

I pray that God gives you the eye to identify all that oppose your progress and cut them off from you completely. May He expose those with hidden agenda but pose as your buddies and undermine you at all levels.

But many of the priests and Levites and chief of the fathers, who were ancient men, that had seen the first house, when the foundation of this house was laid before their eyes, wept with a loud voice; and many shouted aloud for joy. 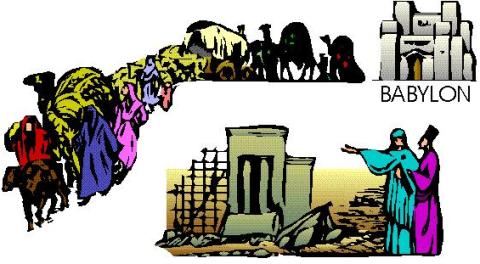 After 70 years in exile in Babylon, the Jews finally returned home, by the decree of Cyrus, King of Persia.
A lot had happened. Jerusalem had been utterly destroyed and Solomon’s temple with it.

Slowly, about 50,000 people began a new life in a place more than half of the people had never seen. A place they had only heard of in tales and folklore. Yet there was a group of old men and women who had seen it all.

They were that group who probably were youth or younger at the time the temple was built by Solomon in Jerusalem. So when these older men saw the foundations again being built, their emotions could not be contained. They burst out in loud cries.

They knew the significance of what they saw and what good omen it held. I pray that in these times, God will reveal what plan of restoration He has for you. That even in the little you see, you would still be able to identify His hand in the greater He is yet to do, so that that joy the old men had would visit you, Amen!

And there was no passover like to that kept in Israel from the days of Samuel the prophet; neither did all the kings of Israel keep such a passover as Josiah kept, and the priests, and the Levites, and all Judah and Israel that were present, and the inhabitants of Jerusalem.

When the name David is mentioned, probably the first thing that comes to your mind is his victory over Goliath. Solomon will remind you of the temple. Others have one thing peculiar with their names. That is what we remember them for.

Yesterday when we mentioned Josiah, we talked of the reformation he brought about. We read today that that wasn’t yet his greatest accomplishment. The records have him as re-enacting the feast of the Passover like no one else ever did since the days of Samuel the prophet (v18). He gave people an experience of their lives, an experience of that night when they left Egypt.

Unfortunately, many of us Christians do not bother much about the stories we are writing with our lives. What would you be remembered for? What would come to the minds of your folks when your name is mentioned?

What power or otherwise would your name wield when it is presented? You owe yourself and your God that responsibility. I pray your name doesn’t just become a by-word among your kinsmen. Make an impact.