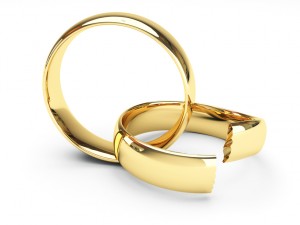 I had slept very late the previous night so I got to the wedding a bit late, around the the time when the sermon had just began.

It was the wedding of an old work colleague, Kingsford, a very tight buddy.

Obviously, I wouldn’t grab a front seat. To avoid any attention I went straight to the back pews and made myself comfortable next to a gentleman in a black tuxedo. As the sermon went on, I noticed the guy kept nodding his head, as it were, in agreement with the man of God. Well, it is common place to see members of a congregation nodd, shout, stand or even clap during the service these days, so I wasn’t so alarmed.

Then the unexpected happened.
I noticed a tear drop down the cheek of my new friend. He quickly wiped it clean with his thumb… ‘hwɛ m’ahu dadaada’

How do I engage this guy in a convo? What could be eating him up? These were some of the thoughts that kepts flooding my mind within that short space of time.

As if he knew my thoughts, the guy just remarked: “All the pastor is saying is true…very true.”
He started talking about how people change quickly just when they get married. At this stage common sense told me he was talking about some experiences or encounters he’s had personally.

Then we delved into deeper waters! The gentleman got married in the same church just 4months ago,… just 4 months and yet he had seen his lawyer 2 times already in the last month, considering a divorce!!!

I felt very sad as i listened attentively to this young man, as if I was sitting in a linear programming lecture. He talked of how much torture he had to endure from the lady and her parents. They (her parents) were now running his family and even determining what housekeeping cash must be used for.

As if these were not enough, according to him, his wife hurls insults at him at the least provocation and keeps his car keys from him on weekends. He had to actually come to this particular wedding in a taxi.
He added that his lawyer(who is not christian anyway) is actually the one who has prevented him from doing anything crazy, excuse being that he’d make the headlines as the shortest-lived ever marriage.
Now if it takes some pagan lawyer to talk a christian into staying in a marriage then we are in some big trouble. I’m not underestimating the power of God, He can use any man at all for His purposes…but…think about it, what are the prospects of a 4month old marriage that is still thriving cuz of the counsel of some unmarried lawyer whose reasons are just to avoid breaking or setting records???

How could a young man regret marrying the maiden of his dreams just after 4 months? My new friend told me point blank that he doesn’t know what the next few months hold for him, he’d do anything just to get out of all this ‘wahala.’ Worst of all he congratulated me for being single and advised me to enjoy it while it lasted. smh…

I pray this young man, someway somehow finds peace in his marriage cuz the journey is supposed to be a very long windy one.

Does this gentleman’s story go to buttress the point that young people of today are a bit impatient and take a lot for granted in choosing life partners?

5 thoughts on “The plight of one newly wedded man”